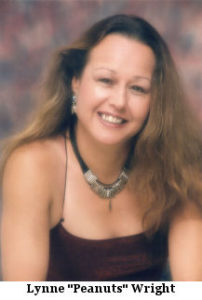 Peanuts Promotions is run by Lynne ‘Peanuts’ Wright, manager and promoter for the great Dutch Tilders, the grand master of Australian Blues. All who are familiar with Dutch Tilders and Australian Blues music and artists, are aware that, for the last decade of his life, Dutch rarely made a move without ‘Peanuts’ by his side until he sadly passed away on 23rd April, 2011, after his battle with cancer.Peanuts, determined to “keep the faith”, is Executor of Dutch Tilders’ Estate and Successor to Dutch Tilders’ Music Title/s. His music is copyrighted to Peanuts Publishing, and exclusive to Peanuts Promotions (in →Merchandise).

The list of artists with whom Peanuts has worked/promoted over the years is long, including (but not restricted to):

Do NOT follow this link or you will be banned from the site!